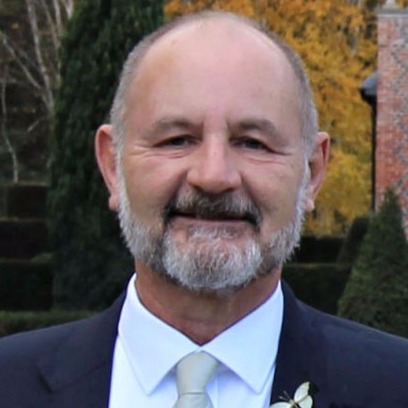 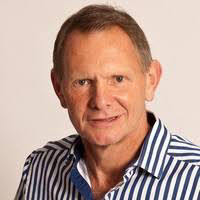 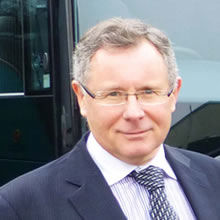 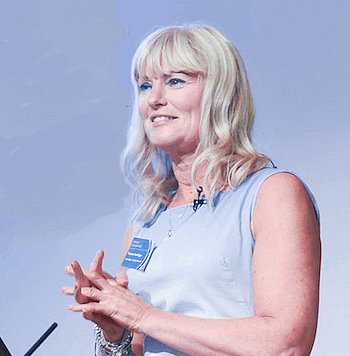 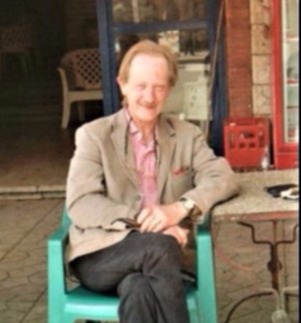 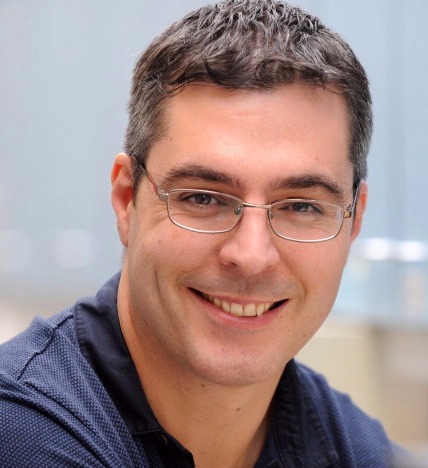 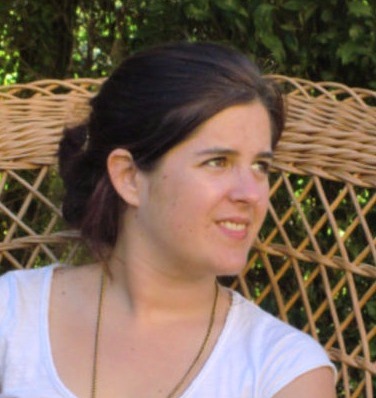 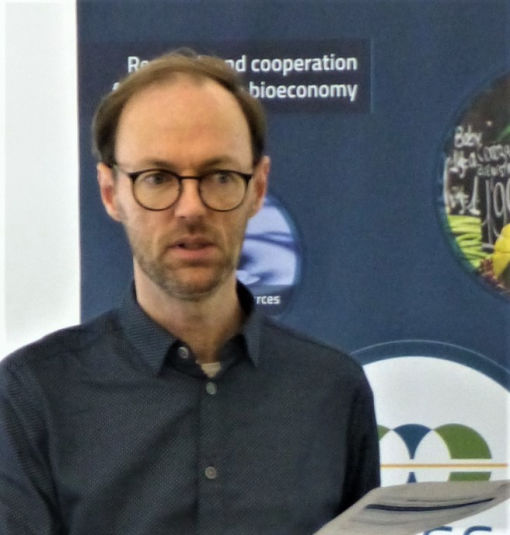 Greenskill Founder
Steve has considerable experience in photobiotechnology and for 35 years has been designing and optimizing photobioreactors (PBR) for microalgal cultivation. As a Biochemist, his work began at Lancaster University investigating the transcriptomics of cell differentiation and nitrogen fixation in filamentous cyanobacteria.

In 1984 Steve founded Blue-Green Biotech and designed an artificially illuminated PBR system powered by biogas generated electricity from the anaerobic digestion of farm wastes. Then as general manager of Biotechna Ltd, he jointly developed the Biocoil PBR design and applied this to several applications including; phyto-pharmaceutical production, algal paste production for larval feeds, waste water treatment and CO2 sequestration. The manifold system of the Biocoil was subsequently used in the Biofence PBR design adopted by many algal researchers worldwide.

Working collaboratively with Professor Bill Oswald (Berkeley), he investigated the integration of PBRs in to sewage treatment processes and in 1993 deployed the UK’s first microalgae based wastewater treatment system in collaboration with Severn Trent PLC. Steve has worked with several companies to develop a process to valorise digestate from anaerobic digestion and applied unique photosynthetic microbes processes to directly treat digestate from livestock rearing, potato and cassava processing. He has independently developed a new class of PBRs, successfully applying the systems to intensive fish farm water recycling and latterly sewage treatment.

In 2006 he began working with Plymouth Marine Laboratory to apply his microalgal biotechnology expertise and proprietary PBR technology and in 2007, proposed, designed and constructed the UK’s first carbon capture based microalgal biorefinery at Boots PLC (Nottingham) employing a 16,000 litre photobioreactor directly coupled to a gas power station (£2.1M project funded by the Technology Strategy Board). He initiated a joint venture with leading Environmental Consultants and a UK Water Utility company, to evaluate an algal based sewage treatment system designed by Greenskill operating at a UK sewage works. In 2014-2017 he has assisted Swansea University as part time Senior Researcher in projects including an Innovate UK funded demonstration process, Green Mining, and the deployment of an algal based minewater remediation and metal recovery system at an abandoned mine site in mid Wales. In 2017 he won an Innovate UK grant to develop a new range of scale-able photobioreactors.

Yvonne Armitage is an innovation and commercialisation specialist with decades of expertise in industrial biotechnology (IB) and the bioeconomy. Yvonne spent 9 years at the Knowledge Transfer Network, which is part of the Innovate UK family as Bioeconomy Specialist and Head of Industrial Biotechnology. KTN connects people to speed up innovation, solve problems and find markets for new ideas. She has contributed to the national strategies for both IB and bioeconomy and sits on the Industrial Biotechnology Leadership Forum.
Prior to joining KTN Yvonne spent 20 years in industry (Ciba, BASF, ISP) where she was responsible for research and development of new green technologies, mainly focused on biotech products and processes; as well as in new business development, where she was responsible for several global market sectors, including biotechnology, paper, mining and minerals.
Yvonne has a degree in chemistry and a PhD in microbiology and biochemistry. She is a member of a number of project and network scientific and management boards at national and international level. She is a Fellow of the Royal Society of Biology where she Chairs the Employer Advisory Group and a Fellow of the Royal Society of Chemistry and Chartered Chemist.

Reader
Imperial College London
Patrik R. Jones, Ph.D., Reader in Metabolic Engineering at the Department of Life Sciences, Imperial College London, studied psychology and mathematics at Uppsala University followed by winemaking (B. Ag. Sci. Oenology) at Univ. Adelaide. He co-founded Arakoon wines in 1999 and acted as head winemaker 1999-2004. A PhD in plant biochemistry was completed 2001 followed by post-doctoral research in plant biochemistry (Univ. Chiba) and wine chemistry/sensory perception (AWRI). He was Research Director at Fujirebio Inc 2005-2009. In 2011 he was awarded an ERC Consolidator Grant and at the end of 2013 commenced his first academic position at Imperial College London. He coordinated two research networks, the EU FP7 collaborative project DirectFuel and the Nordic Energy Research project AquaFEED, and is currently partner in the Horizon 2020 projects PHOTOFUEL, FUTUREAGRICULTURE and eForFuel. A common theme throughout the career has been the reconstitution or construction of metabolic pathways, from native to synthetic. The group focus since 2005 is placed on engineering heterotrophic and photoautotrophic microorganisms for the conversion of renewable substrates (N2 and CO2) into chemicals. Key publications: (1) Sattayawat PNAS 2020 117, 1404-; (2) Kallio Nature Commun 2014, 5:4731; (3) Akhtar PNAS 2013, 110, 87-; (4) Akhtar Metabol Eng 2009, 11, 139-, (5) Jones JBC 2003 278, 43910-, (6) Tattersall Science 2001, 293, 1826-, (8) Jones JBC 1999 274, 35483-

University of Edinburgh
Alistair holds an MSc from the University of Stellenbosch and a PhD from the University of KwaZulu Natal, which he gained while at the South African Sugarcane Research Institute. He worked as a postdoctoral fellow at the University of Oxford, University of Cambridge and John Innes Centre before joining Edinburgh in October 2013 as a Chancellor’s Fellow in plant molecular physiology and synthetic biology. Alistair's research interests have centred around photosynthesis and how it can be manipulated to produce novel products or improve plant productivity.

Phycobiliproteins from extreme environments and their potential applications
9 Mar 2020 In: Journal of Experimental Botany

A Rubisco-binding protein is required for normal pyrenoid number and starch sheath morphology in Chlamydomonas reinhardtii
27 Aug 2019 In: Proceedings of the National Academy of Sciences

Founded in 1919, Nigel is chairman of the Skill Group of companies which employs more than 350 staff with an annual turnover in excess of £24 million.  The services Skills provide are varied, primarily in the travel and holiday industry but also in local transport and logistics services.
Coaching holidays make up a large area of the business and Skills take passengers on breaks across the UK and Europe. The company works alongside some of the other largest tour operators in the UK including PGL Holidays and Leger Holidays. 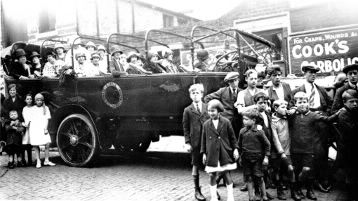 Simon is a senior partner of Higson and Co. chartered accountants. He is also financial director of the Skills Group of companies.

He founded the Clean Rivers Trust in 1990 after working in the environmental sphere for many years with Friends of the Earth, Green Peace, CRPE and CPRW. Over the years he has developed a wide base of knowledge regarding water: with many specialisms including sewage, minewater treatment, wetlands, their creation and renovation.

The Trust has been involved in the remarkable changes across most of the UK’s river improvements since 1991 and has alone responded to over 600 consultation documents issued by the National Rivers Authority; now the Environment Agency, The Scottish Environment Protection Agency and the various government departments from DoE, Defra, Dti and Home Office.

In the last ten years the Trust activities have developed outside the UK’s boundaries and it has carried out research in France, Spain, Portugal, Eire, Greece, Cyprus, Yemen, Ethiopia, Egypt, Sierra Leone, Niger and Australia.

The Clean Rivers Trust has worked with, advising national governments, regional, county, district and parish councils, the Environment Agency, also special interest groups and even concerned individuals. The organisation has and continues to carry out briefings and due diligence research when requested. The funding for much of the ongoing work is found by carrying out these pieces of consultancy.

The organisation is able to rely on over 70 individuals who are specialists in their fields and are located, working in academic, industrial or consultancy positions around the world.The expertise that the team offers covers amongst other specialties; water decontamination, resource identification/development, sustainable resources, minerals and mining, land and air contamination, national/international law, treaties and regulation. Transport, power generation, agricultural/forestry practises, flooding and its prevention; cartography, planning, both urban ad rural are also covered, as are health issues.

Clean Rivers Trust has been at the forefront of the research into methods of ameliorating pollution from abandoned mines, in the UK, Europe and further a field. It published its first report and outlined the concerns at the House of Commons with-in three weeks of Mr Michael Heseltine’s (then President of the Board of Trade) announcement of major UK coal mine closures, in November 1991 and developed close working/research arrangements with Camborne School of Mines (Exeter University) and Imperial College London (Royal School of Mines) very shortly afterwards. Ten years of this collaboration was published as ‘Minewater Treatment; Technology, Application and Policy’ by Brown, Barley and Wood and published by the International Water Association in 2002.

The Trust has carried out research across many parts of the country into not just contaminated water but all forms of pollution as they all will eventually impact on the aqueous environment. The issues of land remediation and air pollution play key roles in the research carried out by the organisation. This involves working with, alongside as well as for or recommending to. The Trust is an educational as well as a research trust and as such has worked with universities (to date 31), other seats of higher education and a large number of schools to aid and support research and understanding of the varieties and natures of the water environment and its uses.